Witcher 3 is an open world action adventure game made by CD Projekt RED. You follow a bounty hunter and monster slayer, Geralt, and take him through an epic world full of rich characters, gorgeous environments, and dangerous monsters.

My goal for redesigning the Witcher 3 menu was to see if I could improve on it's cluttered feeling. I talked to a couple of friends who've put 150+ hours each into this game and talked to them about what did and didn't work in the Witcher HUD.

Some problems with The Witcher 3's HUD are: 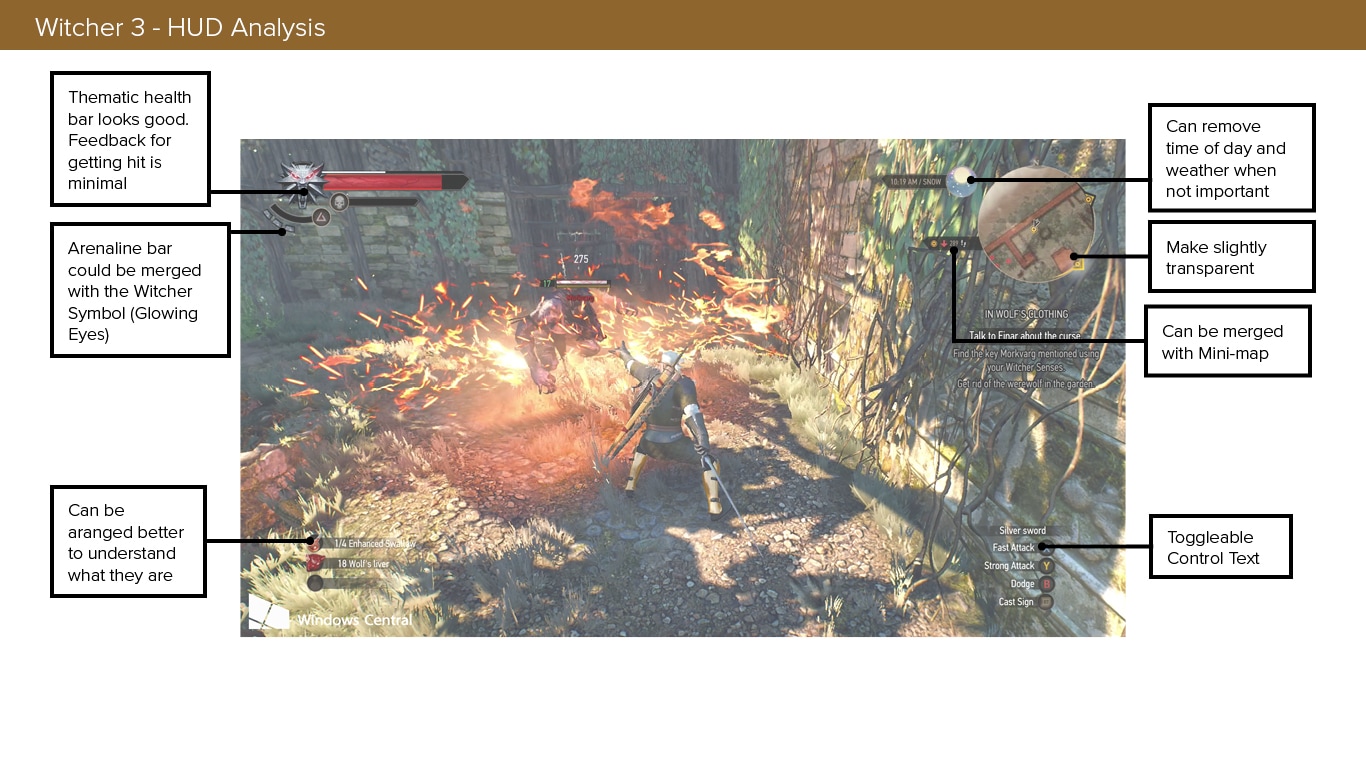 After creating a User Persona, I created a User Scenario for that persona. I walked through a few of the steps that Frank goes through when he is playing The Witcher 3 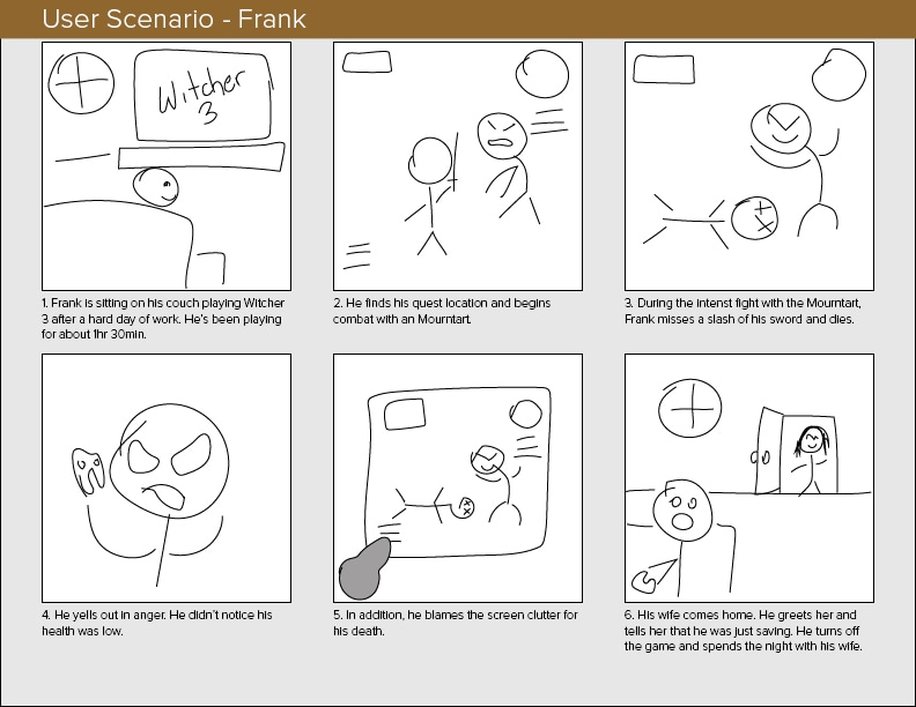 I then created a journey map for Frank. This way, I could see where his emotions are. I can also see any branches in his journey. Such as whether or not to dodge and what happens when his wife comes home.

I then mocked up a low-fidelity wireframe. Below is a version with bits of information to describe my design process and reasons for the elements implemented in the UI. 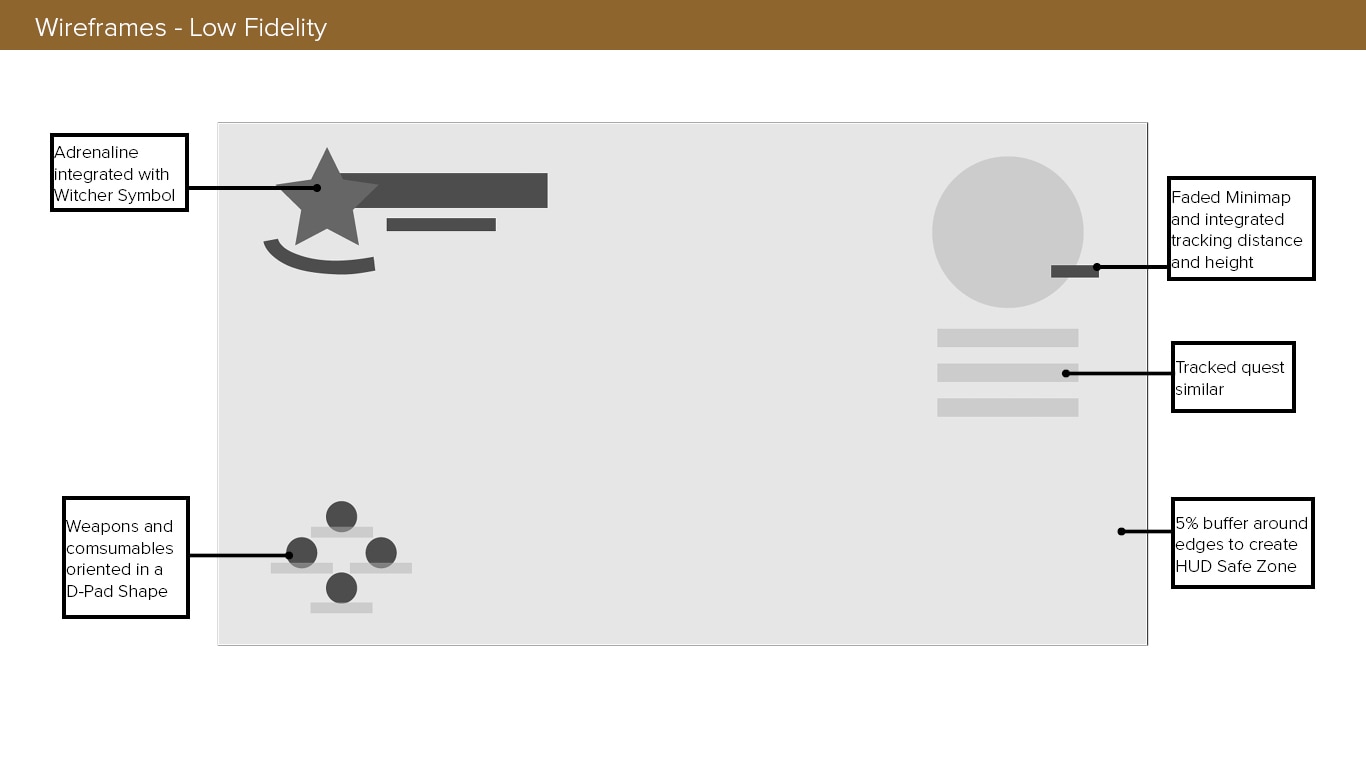 This is a high-fidelity wireframe of my version of the Witcher 3's HUD. I took my Low Fidelity Wireframe and added color and content to show what I was thinking for each element in the HUD. 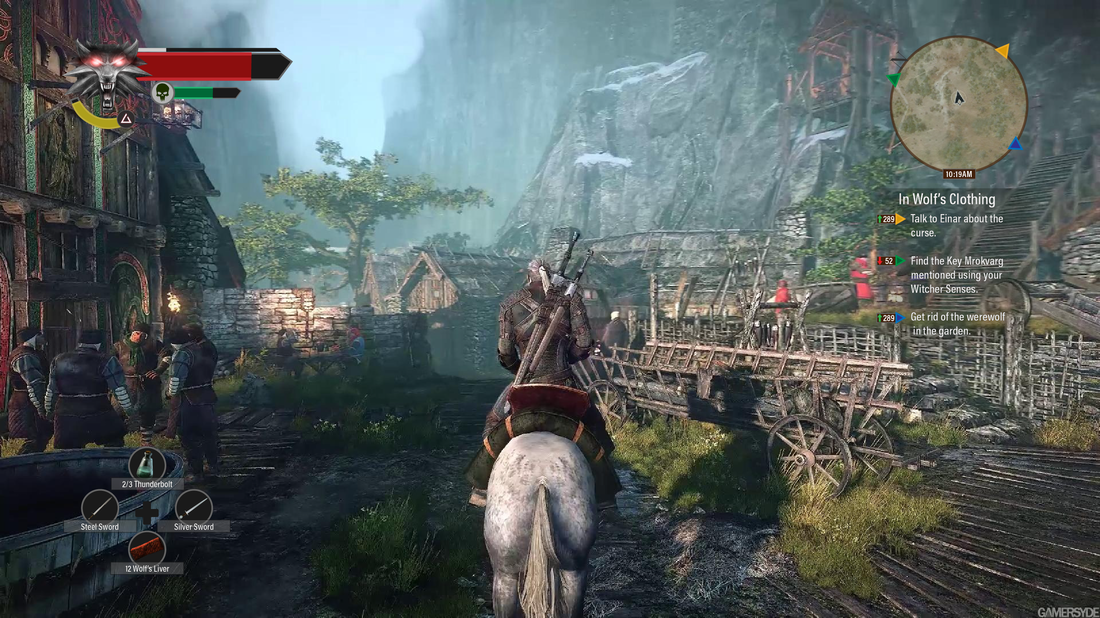 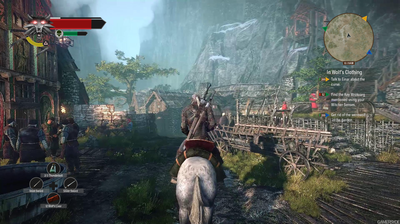 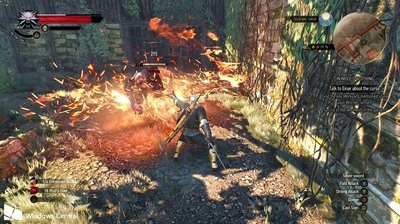