Tomb Raider is an action-adventure game developed by Crystal Dynamics and published by Square Enix. This game is the reboot of the original Tomb Raider series that brings emphasis on Lara Croft's origins.
This game is one of my favorites. I had a lot of fun playing it and I'm honored to be able to put my own spin on the skills screen.

My goal for redesigning the Tomb Raider skill screen was to see if I could remove the screen swapping by having each skill screen on the same screen. The Skills Screen looks beautiful right now. It's roomy feeling and clean typography looks great. But for my goal, I had to clutter the screen a little.

Some problems with Tomb Raider's Skill Screen are: 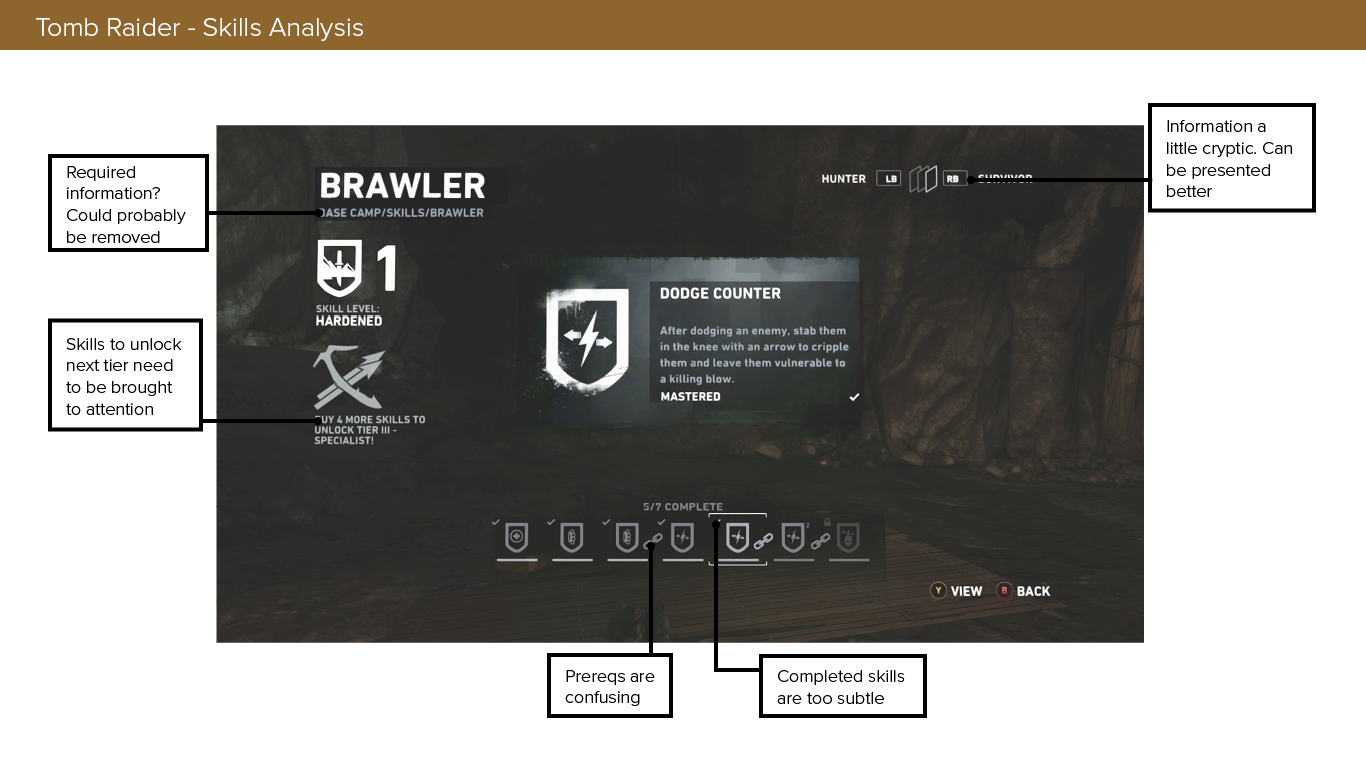 After creating a User Persona, I created a User Scenario for that persona. I walked through a few of the steps that Darrell goes through when he reaches a campfire in Tomb Raider. 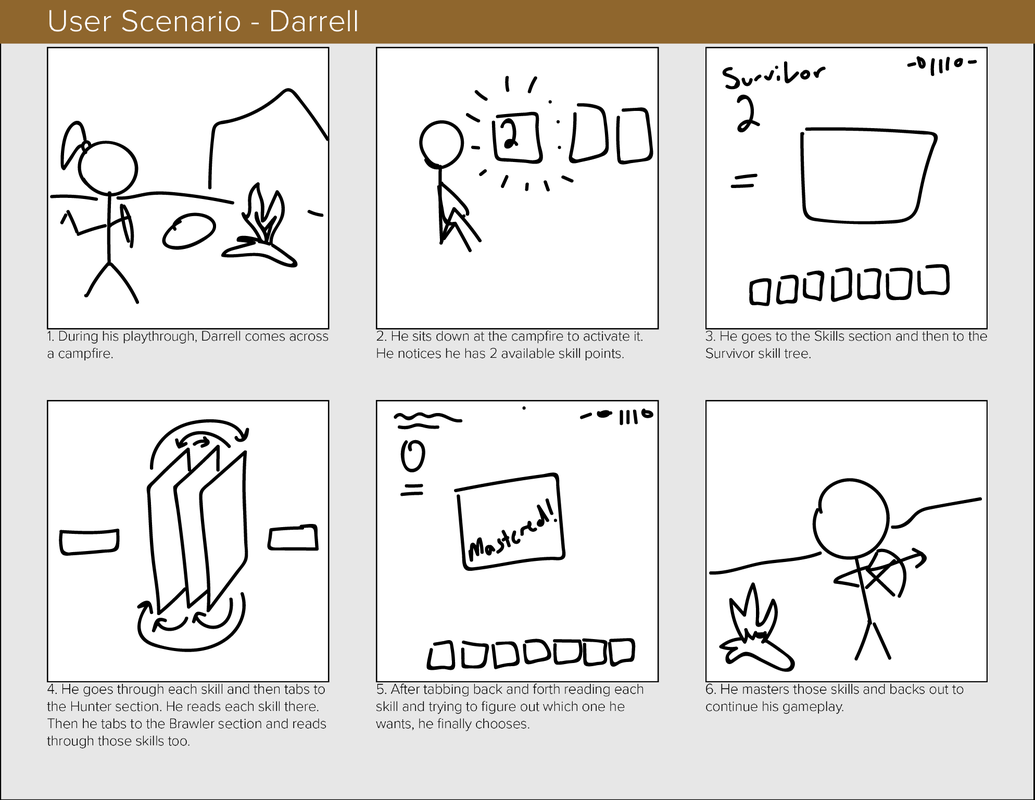 I then created a journey map for Darrell. This way, I can see all the steps he takes when he wants to spend a skill. Notice that there is a cycle where "Look through skills" and "Tab to another tree" are. He can spend an infinite amount of time here if he forgets what the skills were on the other screen. I wanted to remove this cycle, or at least reduce it.

Before laying out the whole screen. I went into OneNote and drew up some very basic wireframes and possible alternate layouts for the skills. I wanted to see if I could use an alternate way of displaying information that would be more compact or people can bring previous game knowledge to. 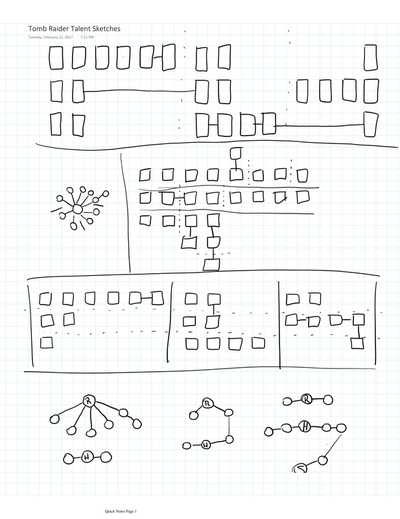 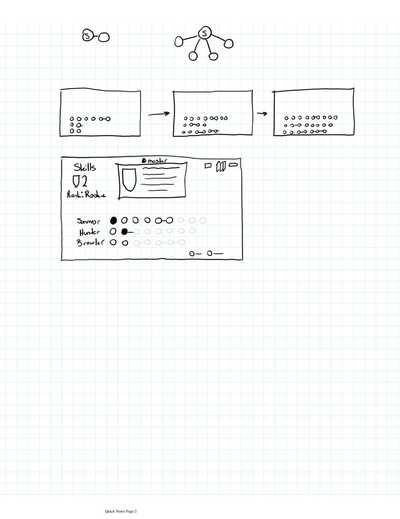 I then mocked up a low-fidelity wireframe. Below is a final version of the low fidelity wireframe I learned from my drawing and attempting of different layouts that the different prereqs and skill levels make it extremely difficult to lay out and I commend Crystal Dynamics for that. 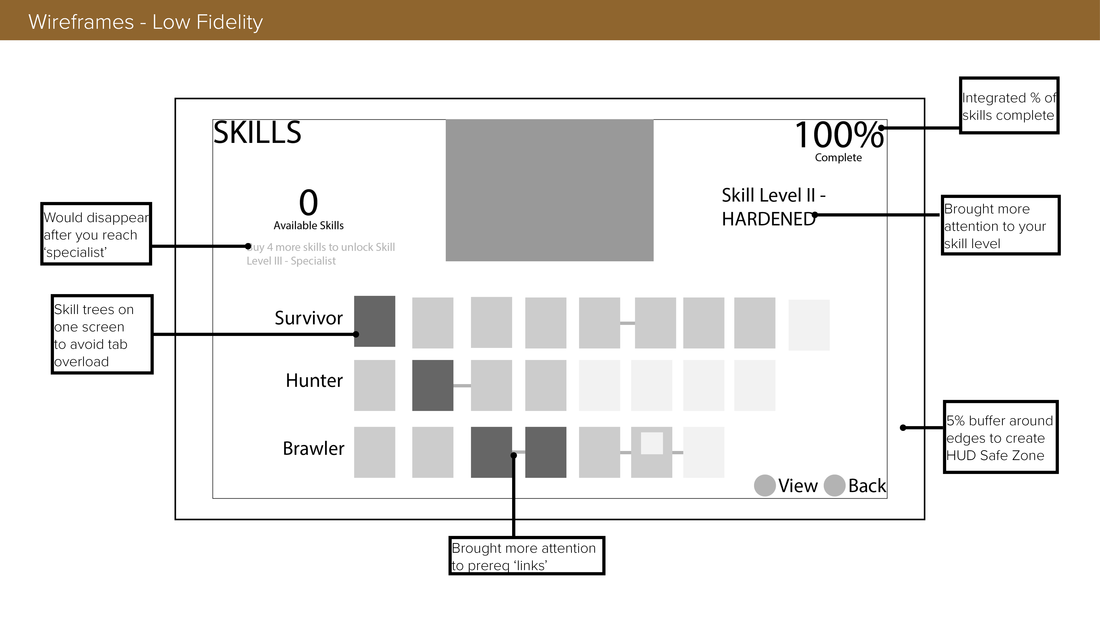 This is a high-fidelity wireframe of my version of the Tomb Raider Skills Screen. I tried to bring more attention to the skills you had (while also making them more satisfying to complete) and put all the skill trees on the same screen. It may look a little more cluttered, but it might be a little more user friendly. At this point, I would take this mock-up into the User Research lab and test it with multiple different people. 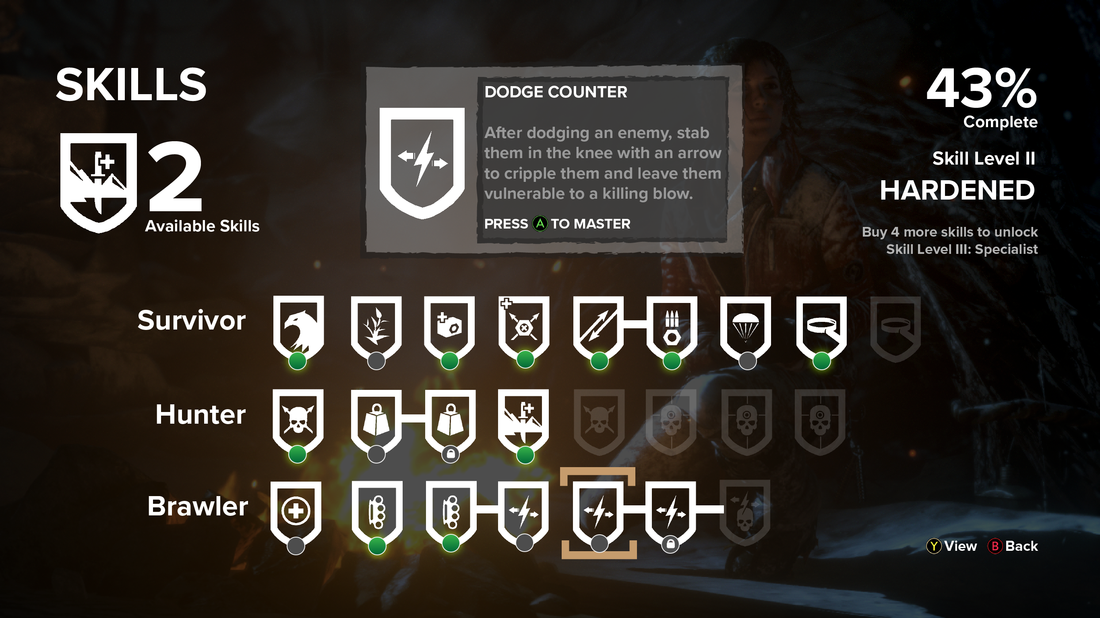 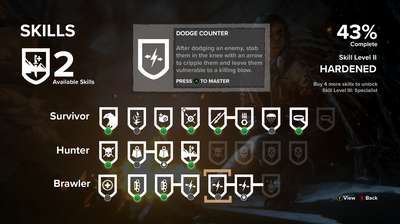 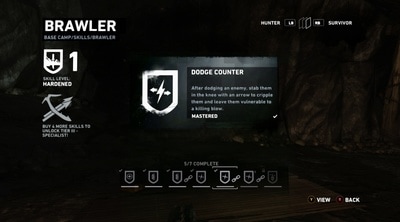