​Dead Island is a zombie survival game for multiple platforms. It’s slogan “Paradise meets hell” exemplifies the game perfectly. Where you play as a resident at a tropical resort when the zombie outbreak occurs.

My goal for redesigning the Dead Island menu was to see if I could improve on the way that information is presented to the player. For a person who hasn't played Dead Island, it looks cluttered and has a lot of information. I wanted to try my hand at keeping the information while reducing clutter.

Some problems with Dead Island's current menus are: 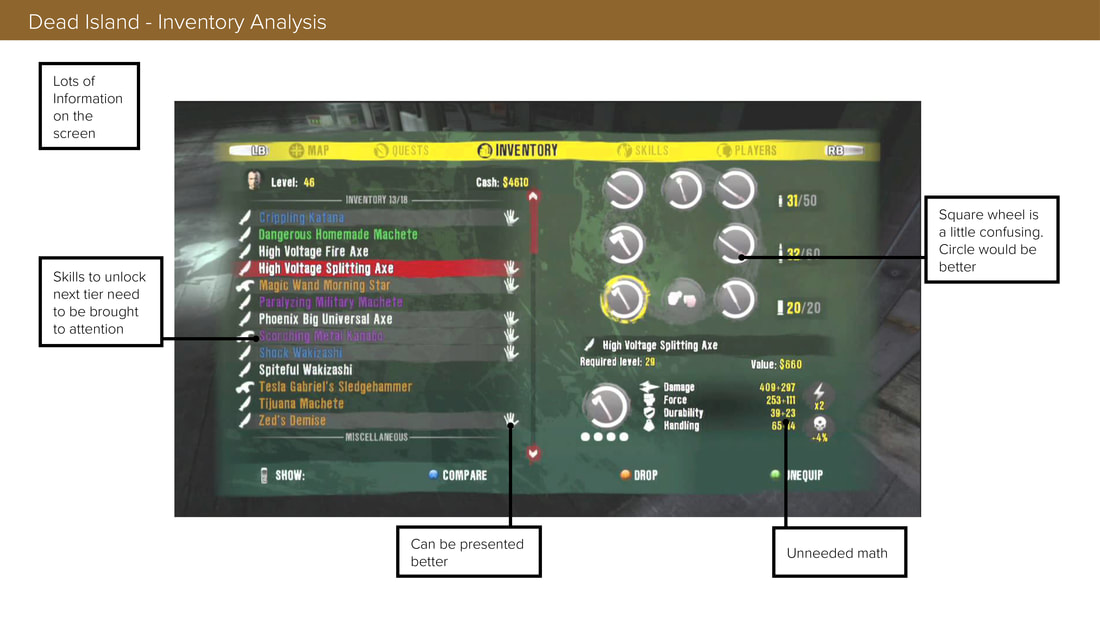 After creating a User Persona, I created a User Scenario for that persona. I walked through a few of the steps that Charlie goes through when he wants to play Dead Island. 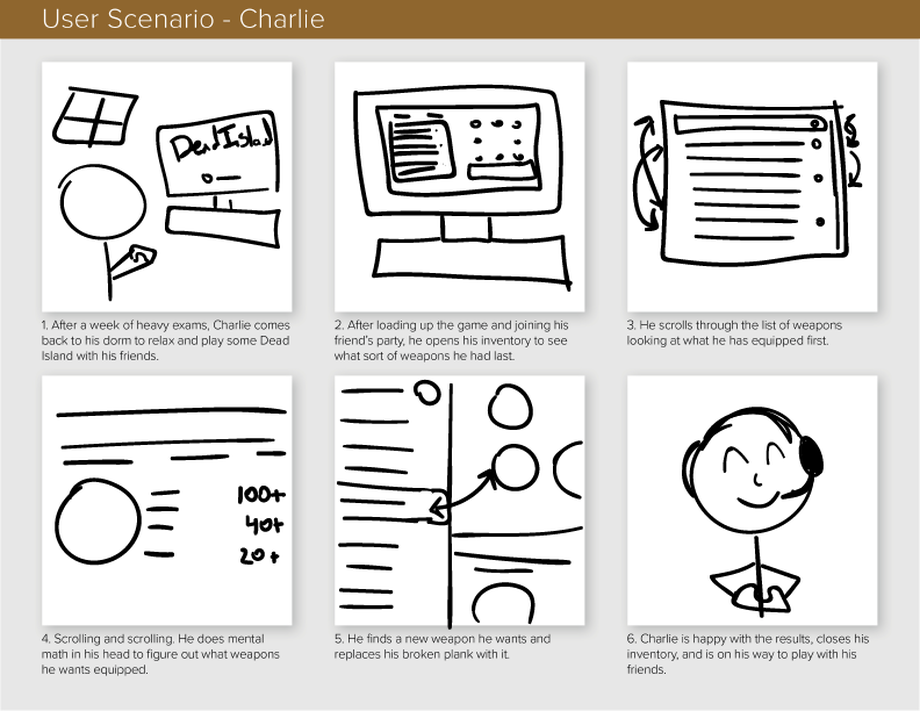 I then created a journey map for Charlie. This way, I could see where his emotions are. I can also see any branches in his journey. Such as continuing his search through the inventory or just exiting and playing the game. 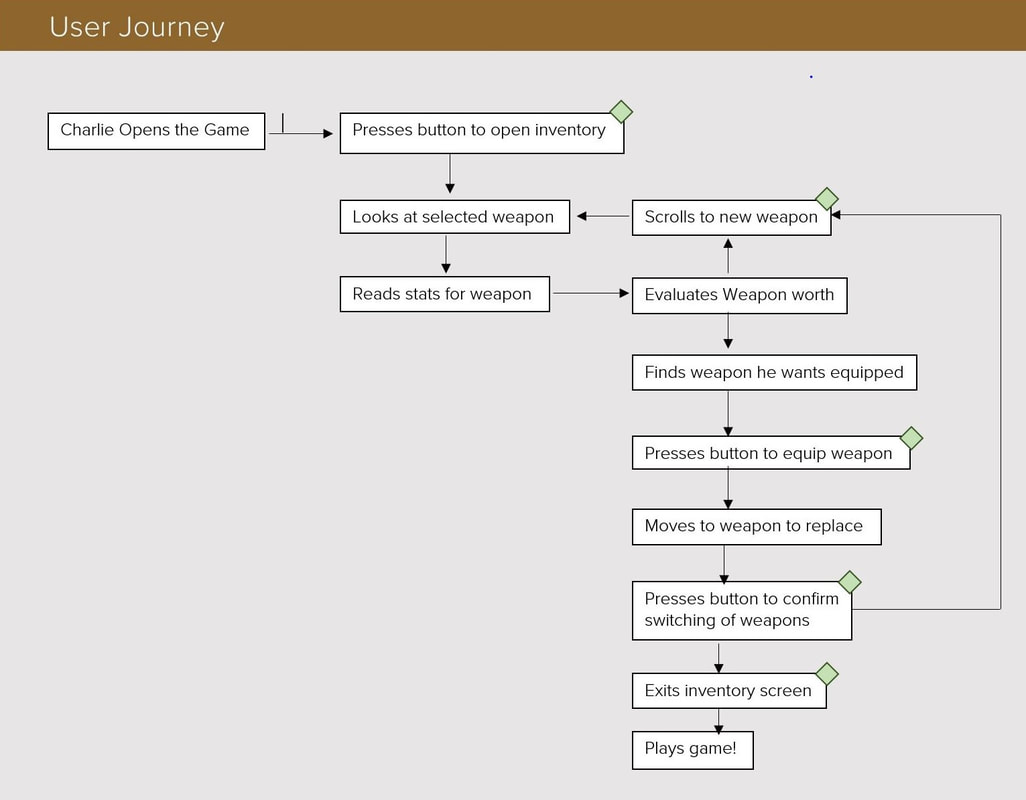 I then mocked up a low-fidelity wireframe. Below is the mock-up and some small blurbs giving more information to the choices I made. 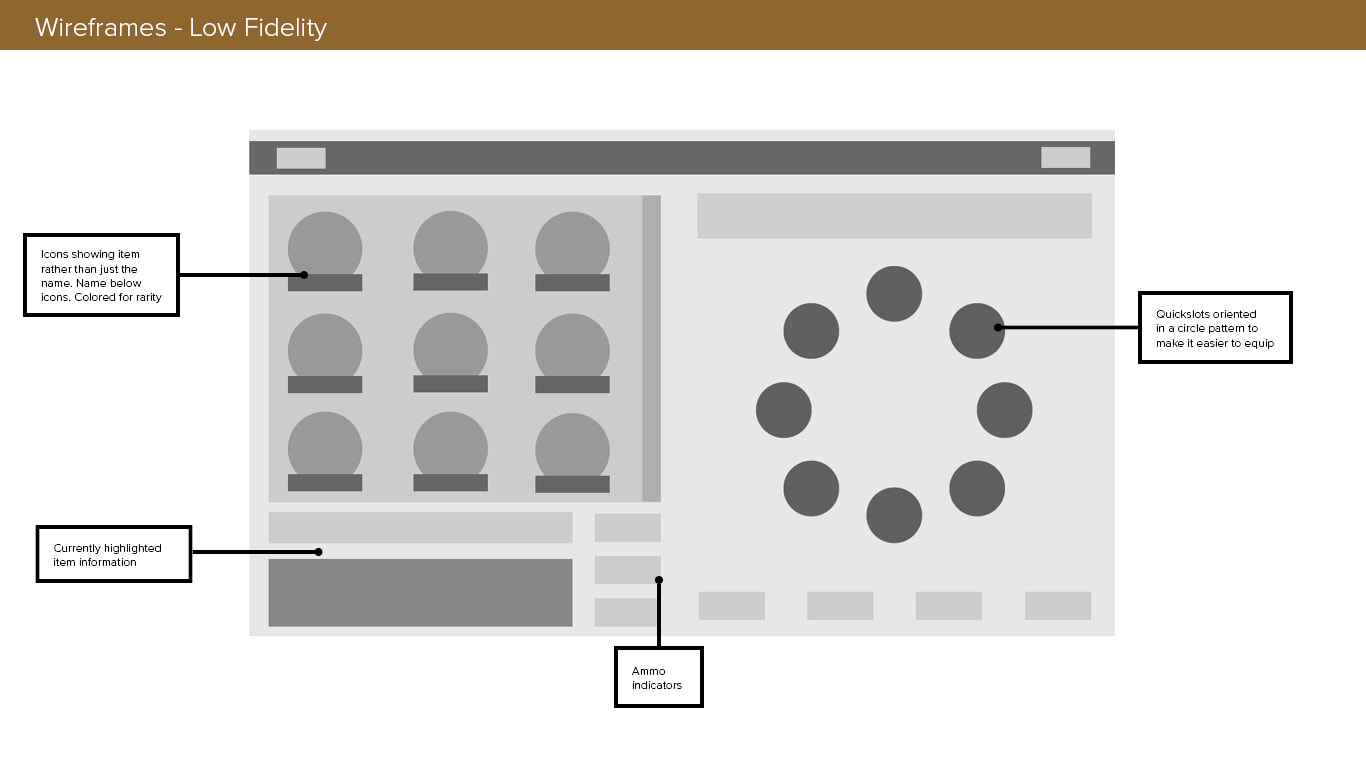 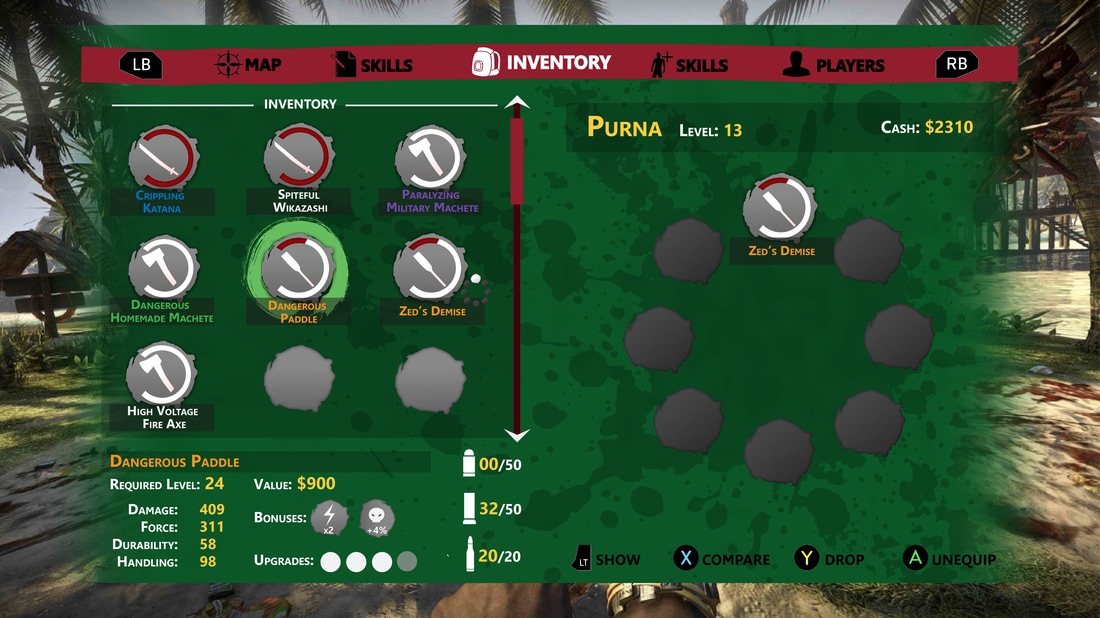 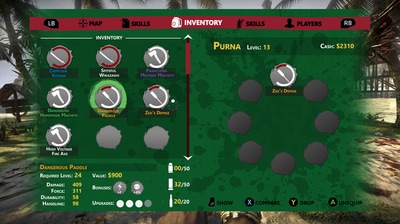 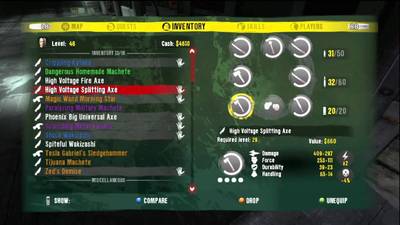